AMMP is a modern full-featured molecular mechanics, dynamics and modelling program. It can manipulate both small molecules and macromolecules including proteins, nucleic acids and other polymers. In addition to standard features, like numerically stable molecular dynamics, fast multipole method for including all atoms in the calculation of long range potentials and robust structural optimizers, it has a flexible choice of potentials and a simple yet powerful ability to manipulate molecules and analyze individual energy terms. One major advantage over many other programs is that it is easy to introduce non-standard polymer linkages, unusual ligands or non-standard residues. Adding missing hydrogen atoms and completing partial structures, which are difficult for many programs, are straightforward in AMMP. It is written in C and has been ported to many different computers. The source code is available under the GNU "copyleft" so that it is easy to follow exactly what the program is doing. Another major advantage over commercial software is that AMMP can be easily included in another program to supply molecular mechanics function.
The main features implemented in AMMP are: 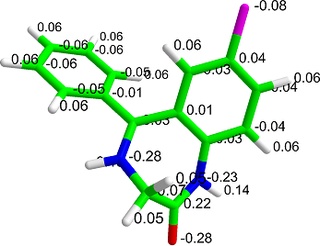 The Windows 32 and 64 bit versions are included in the latest VEGA ZZ package and so if you want to use these operating systems, it's strongly recommended to download that distribution (for more details, go to the VEGA ZZ main site).
If you need the source code or other binaries, please download the following package:

Included in this package: